Plan for the final day of 2020 World Championship racing

With no racing on Friday February 14 due to summer storms that wreaked havoc with the breeze, Saturday’s final day of the 49er, 49er and Nacra 17 2020 World Championship looks like this:

Join us from 0950hrs (AEDT) to watch all the action live from the TV course on Corio Bay, Geelong, one of the ports along the vast horsehead-shaped bay in southern Victoria that is Port Phillip.

Saturday’s forecast is promising - wind out of the south-west building to the class’ upper limit of 25 knots, a figure that also takes into consideration the sea-state, which is not a factor at this flat-water venue. Showers are forecast and the hope is they will clear early and not hinder the breeze once again.

Summer storms passed over and around the host city, bringing thunder, rain and lightning, and leaving sick breeze in each frontal system’s wake. The race committee took off on boats after 4pm thinking there was a chance of a late green light, but it was not to be.

Here’s a clip of some 49er action on Geelong’s Corio Bay from yesterday. Look how Marcel Soffiati (Grael) & Gabriel Borges (BRA) gain four spots and clear air spotting a gap and taking the inside lane at the top mark.

Every sailor has their way of winding down after racing, making the most of some well-deserved leisure time. Home-made pasta with a variety of sauces is a popular dish at lunchtime, sailors able to save a few bucks and continue to eat healthily by bringing their own food.

Finnish 49erFX sailor Mikaela Wulff has a passion for baking. Look at these cinnamon rolls she whipped up, posting at the time “Happy to trade for a port cross ”.

Class executives met in Geelong and have agreed to a calendar that will encompass 2021-22. In coordination with the global events calendar negotiated with World Sailing last November that reserves the first six months of the year for perennial multiclass regattas, the classes’ championships will be run July through to December each year. Executives have reviewed the bids received and agreed on a set of regattas. Once contracts are signed, dates and venues will be announced. 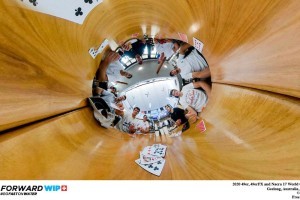 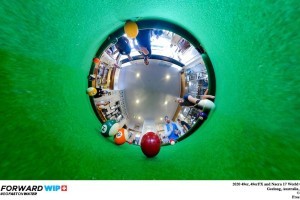 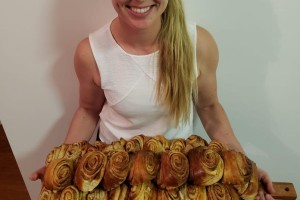 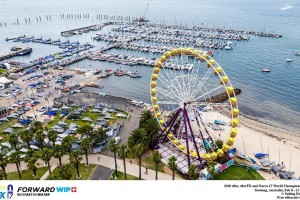 Idec Sport: a tense weekend ahead for the red and white trimaran

Project Landspeed: a busy week getting Horonuku to the lake