Zeelander Yachts looks back on 2021 as a year of outstanding success. The shipyard doubled its order book, expanded its facility, and welcomed new owners to the Zeelander family from all around the globe, including Italy, The Netherlands, the United States, and even Japan.

Due to growing demand worldwide, Zeelander expanded its shipyard in The Netherlands. A large office has been added and the entire production hall has been reorganized to optimize efficiency and output.

“We increased the size of the hall by 500 square metres and added a second floor of about 700 square metres in order to increase the work space,” says Floris Koopmans, Brand Manager at Zeelander Yachts. “In addition, underneath this extra deck, we created workshops for carpentry, mechanical works, electrical and logistics.”

Last year, a new project was revealed that took years of research and development: the extraordinary Zeelander 5. Already seven of them have been sold. The first Zeelander 5 will set sail in mid-2022.

The Zeelander 5 is considered the quietest vessel in its class. Running at full throttle the boat makes 45 knots, but all you will hear is the sound of its own wake. Riding at anchor, the generator and air-con produce sound levels of just 46dB – literally whisper quiet. Like her big sister the Z72, the Zeelander 5 is even more voluptuous than her predecessors. In-house styling and the combined experience of the entire team make the new Zeelander 5 a work of art. Zeelander’s DNA is all there, but with curvier lines and a sportier S-shaped sheerline.

In 2021, Grant Hooper was appointed CEO of Zeelander Yachts. Previously, he held executive positions at Fairline Yachts and LVMH owned Princess Yachts. With Zeelander's unprecedented order book, Grant Hooper was chosen as CEO to make sure every Zeelander is built and delivered beyond expectations.

Zeelander goes beyond the ordinary to facilitate the wishes of its patrons. An owner's request last year was particularly sophisticated: to create an interior that matched that of his private jet. Meticulously crafted exotic wood details, custom leatherwork and even a floor that took over 27 coats of lacquer to perfect. This is what Zeelander is all about.

Zeelander will be attending the Palm Beach International Boat Show (March 24-27). The flagship Zeelander Z72 will be on display there and Zeelander Yachts will be exhibiting together with their partners Northrop & Johnson. 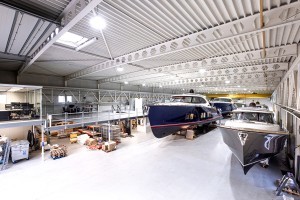 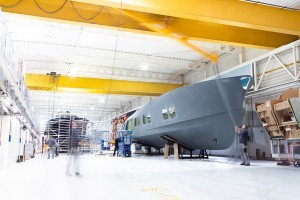 Rolex Giraglia returns to its original format for 69th edition

Electric AMC 30 will be launched in 2023 with innovative technology

The Candela P-12 Shuttle, faster than cars and subway

VanDutch Centers open their doors in Saint-Tropez and Lake Garda

Grant Hooper takes up his new role with Zeelander Yachts