100 Days to go before the start of LA DRHEAM CUP

LA DRHEAM CUP - Destination Cotentin will start in 100 days. A second edition that already promises to be a success, with entries that keep coming in: some 60 boats are ready to start. Many offshore racing professionals on flagship series such as IMOCA, CLASS40 and MULTI50 will be there, as well as Corinthian sailors, who come to race and enjoy sailing together. The start and finish towns are getting ready to welcome sailors in the best conditions; the town of Cherbourg-en-Cotentin will fly the colours of Australia.

100 days from the start of LA DRHEAM CUP - Destination Cotentin (21 - 29 July), entries are continuing to come in, with already some sixty confirmed entries. CLASS40 will be strongly represented in La Trinité-sur-Mer and Cherbourg-en-Cotentin, with 24 boats entered to date and amongst the latest entries, British sailor Phil Sharp (Imerys Clean Energy), one of the big names in the in the Class 40 series, Japanese sailor Hiroshi Kitada (Kiho), as well as two female sailors, Claire Pruvot (Sponsors, Embarquez pour le Rhum) and Morgane Ursault-Poupon (UP Sailing). The daughter of the Route du Rhum 1986 winner Philippe Poupon, is following in her father’s footsteps, since she will take part in the transatlantic Race between Saint-Malo and Pointe-à-Pitre, for which LA DRHEAM CUP - Destination Cotentin 736 mile course is a qualification.

"It is a great satisfaction to note that 100 days before the start, we are already sure to have a very high level race, explains Jacques civilise, the delighted race organiser. The ambition of LA DRHEAM CUP - Destination Cotentin is to join the select few major offshore races such as the Rolex Fastnet Race, the Rolex Middle Sea Race, the Rolex Sydney-Hobart and the Rolex Giraglia. It is a "dream" that may appear excessive, but thanks to the trust of our institutional partners, the skippers and their crew, this "dream" may well become a reality from the second edition. The Fédération Française de Voile felt that way as soon as it was created, recommending that La DRHEAM-CUP Race be held every 2 years, in even years, alternating with the renowned Rolex Fastnet Race, which is held odd years."

Amongst the skippers and crew, there aren't only professionals, many Corinthian sailors will also be racing in LA DRHEAM CUP - Destination Cotentin, particularly in IRC and Osiris on the 428 miles course, and Jacques Civilise is welcoming them as warmly as he welcomes the headliners: "I often say that LA DRHEAM CUP - Destination Cotentin is the major "OPEN" offshore race, with a competition-sharing-festivity triptych that is part of its DNA. Sharing is horizontal, between professional and amateur sailors; men and women, French and foreign, but especially vertical, with a mix of generations to which I am particularly attached".

Amongst the amateurs, Patrick Ponchelet was the first to enter in IRC who already took part two years ago on his X40 Exception II. "The race ended sooner than planned, since our mast broke after Wolf Rock as we were leading the race, but we are back with great pleasure, because I love big races and it is a great course, just slightly shorter than the Fastnet. It is different to racing between three buoys, we needed a long race like this one in France. To keep your crew nowadays, you must be able to take part in great races, and this is one", explains this Parisian lawyer, whose 40 footer is based in Granville and will be manned by eight amateurs - "my wife and friends, I only sail with people I like".

The green light has been given, a great match and a wonderful party are expected! 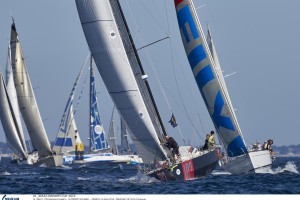 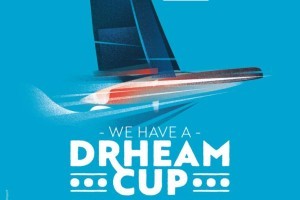 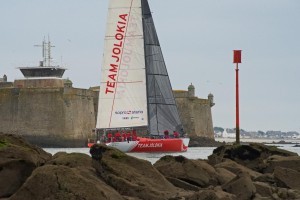 The Drheam-Cup 2020 opens to the Figaro Bénéteau class