Aarhus, Denmark (September 4, 2017) - Returning to Aarhus as the team to beat from 2016 the British lineup, skippered by Ian Williams, showed huge growth as they climbed the podium positions through the weekend’s racing to end a solid seven points clear of the chasing pack. A crowded shoreline was on hand to cheer home the two local Danish teams who were greeted with dramatic racing on the tightest and closest-to-shore racecourse seen on the 2017 M32 Series Scandinavia. The local teams may not have finished this regatta on top but they sure put on a show for their supporters.

Coming in to the Danish stop on the 2017 M32 Series Scandinavia, it was local Aarhus sailing hero Jonas Warrer who led the series. Famous for his 2008 Olympic Gold medal in the 49er, Warrer is known in Aarhus as a sailing celebrity. The pressure was on Warrer coming to this event and on the first day of racing he did not disappoint his fans, scoring two bullets and a string of four second-place finishes.

Day one saw the most stable conditions before two days of hugely challenging weather. The Aarhus basin is a tight space to sail in, close to the city’s grand waterside buildings, making the race course a place filled with shifts and puffs to keep sailors at 100% focus. “Once we were confident with our boat handling after the first day, we actually transferred to having all four of us with our heads out the boat watching for the puffs. It was a case of finding the ladders and avoiding the snakes.” Said event winner, Ian Williams. When asked how much of the racing was down to luck, Williams replied, “Just because the wind is difficult to read, doesn’t make it any more about luck. You still need to sail well to get to the front.” The GAC Pindar team were champions at this event in 2016, and with an event win already this series and sitting in second spot overall coming into the event, the British team were one of the favourites to take the top spot.

Making a return to M32 Series sailing on home water was the second Danish skipper in Aarhus this weekend, Michael Hestbaek with Trifork. Hestbaek raced in the 2015 M32 Series Scandinavia under the name Hydra Sailing Team and arrived in Aarhus with a similar team lineup. The all Danish crew used day one as a warm up, getting used to the boat again not having sailed an M32 for the past two years. “We love sailing the M32” said Hestbaek, “But sponsorship opportunities were not there to sail until now. We are hoping to also make it to the final in Stockholm.” Proof that the M32 can be quickly picked up was demonstrated on the second day of racing when Trifork took a win in race five of the day and with a string of strong finishes they ended the day in third place.

The GAC Pindar Team showed great progression through the week, finishing day one in third spot, day two in second, before finally topping the table on the final day. Whilst Williams looked to have the top spot tied up early on the third day of racing, the battle for the other two podium positions was a lot more in question. Through the day the silver and bronze medal places were changed up each race, first between the two Swedish teams and then with Wallén Racing making a late comeback. Through the afternoon, starting became the nemesis of several teams. The port-tack reaching start saw its fair share of penalties given and in light winds both Wallén Racing and Essiq Racing Team became late starters due to missing the line as the clock counted down to zero.

The tight race course area forced teams to look for splits at gate roundings meaning opportunities for surprise comebacks as boats met in the middle of the course were plentiful, much to the local crowd’s delight. It was this style that got Wallén Racing back into the mix on multiple occasions, but with a delayed start in the final race - in which they had to beat Essiq Racing Team to make it on to the podium - the mountain was too high to climb back up to the front of the pack.

With the British team GAC Pindar winning in Aarhus, they join Wallén Racing with two event wins each on the series.

The Brits take the top spot on the leaderboard, but with just two points between the teams if either win the event in Stockholm they will also lift the overall M32 Series Scandinavia trophy. Still in with a shot at glory in the finals is both Swedish entries, Flux Team and Essiq Racing Team.

Both will look to impress their Swedish home fans as the series concludes with a dramatic double-point finale in Stockholm in just two weeks.

Finals action will run 14-16th September in the Swedish capital on the Riddarfjärden just off Norr Mälastrand. 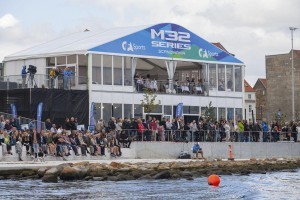 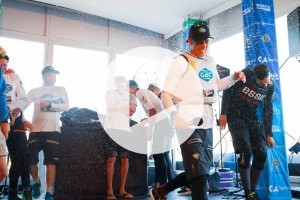 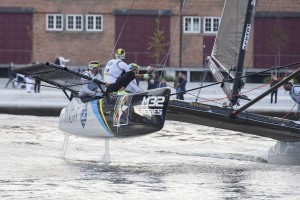 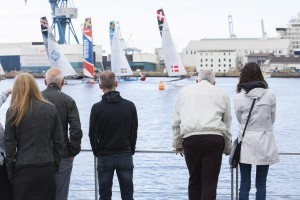 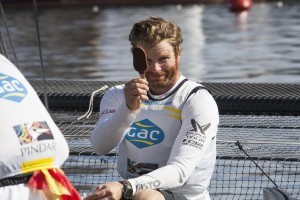 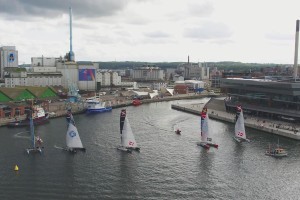 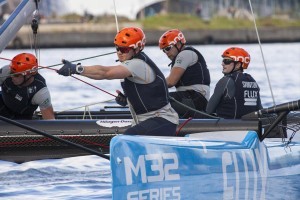 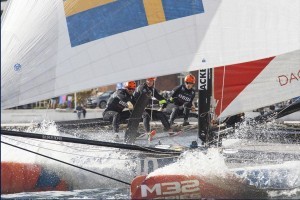 100th Anniversary Star World Championship kicks off in one month

M32, Marstrand belongs to the U.S.