But with two more races sailed in yesterday’s modest sea breezes on the Bay of Palma, Chaubard’s crew who recently became IRC European champions emerged as the best scoring team from a day when French TP52 teams monopolised proceedings. Their second and a first on their Botin designed Team Vision Future sees them lead the class by three points from Rowdy Too, Howard Dyer’s IRC52 which won here last year as Beau Geste.

There is a spirited but very friendly rivalry between yesterday’s two winners in BMW ORC Class Zero, Team Vision Future from the Toulon Yacht Club and Jean Luc Petithiguenin’s largely Breton crew which features a host of young French talent straight from the Tour Voile as well as the hugely experienced youthful Loick Peyron.

“We are all friends, me and some of their guys all used to race on the same team on the Tour Voille so we all go way back to when we were younger,” explains skipper-helm Mikael Mergui, “But it is always good to beat them.”

“We had a very good starts in both races and that was the key, we got the first shift on the second race and got ahead. We love it here. It is such a well organised regatta and the race courses are always a bit tricky.”

Team Vision Future were runners up to Alegre in 2017 with their former TP52 but are hopeful this may prove to be their year at the Copa del Rey MAPFRE which would a be a welcome confidence booster before they compete at the Rolex TP52 World Championship in Puerto Portals later next month.

Dario Ferrari’s Cannonball bounced back yesterday to win both races for the Maxi 72s which form the Mallorca Sotheby’s IRC Class. Proteus and Bella Menteshared a second and third apiece as Cannonball’s two victories today takes them to within one point of George Sakellaris Proteus.

Cannonball’s Italian navigator Bruno Zirilli reported, “Today was good for us, better than yesterday. The boat was faster, set up very well and we managed to be a little more aggressive in the start against the competitors. We put a penalty on Bella Mente in the first half. Then we got the left side on the second one, that was good. The boat was going faster, the manoeuvres were perfect and all the course was good for us to stay in front. We are here and it’s a good opportunity to do that because the mast is new. We have been working for ten days now here and we keep on learning. In the breeze I think we are 95% there. In the light breeze I think maybe we can improve a bit more.”

Leonardo Ferragamo’s Cuordileone stretched their leading margin in the ClubSwan 50 class thanks to a third and a first today while their counterparts on Andrea Larcorte’s Cetilar Vitamina sailed to a win and a third to ensure the Italian teams hold the top two spots in the highly competitive 14 boat division.

Ross Warburton’s British crew on Perhonen, who dipped a toe on the water here last year with a chartered Swan 50, moved up to seventh today with a fourth and seventh after leading to the windward mark on both races. They had to take a penalty on the second race for a foul approaching the first windward mark on the port layline.

“It is the little things which cost you in this class because it is so close, but we are going much better and learning all the time.” Said Perhonen’s tactician Ian Budgen.

While Spain’s double Olympic medal winning Natalia Vía Dufresne yesterday looked like she and her crew might run away with the inaugural Purobeach Women’s Cup after posting three wins, today the local Mallorcan ace Helena Alegre responded by winning the first two races. But Vía Dufresne’s Dorsia Sailing Team are seven points clear at the top of the standings after their 3,4,1

49er FX racer Patricia Suarez representing her native Galicia lies second, she commented, “ I think today has been a very close day overall, a very intense and interesting racing on the water. I think the key in this class is being consistent and trying to keep results within the top three or top four. So we are very happy with today's results (4-3-3) and looking forward to trying to repeat this performance during the rest of the week." 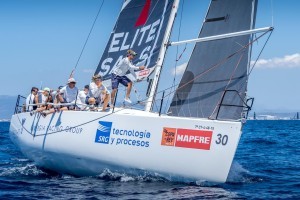 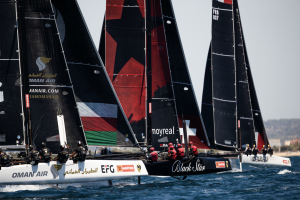 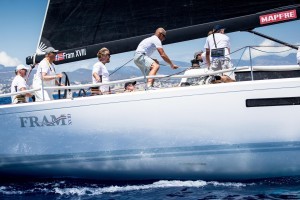 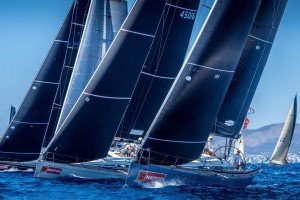 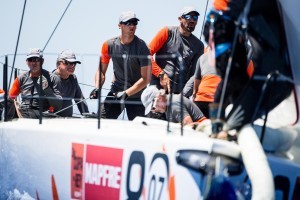 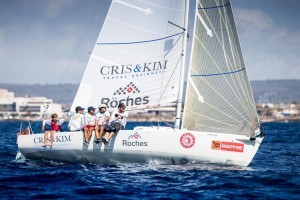 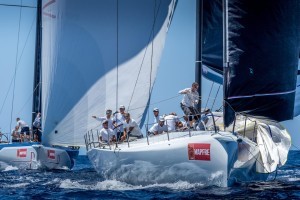 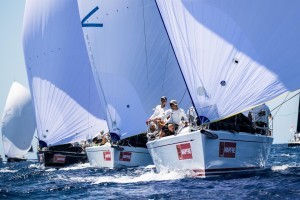 H.M. King Felipe VI of Spain presents the trophies to the winners