K40 M/Y Kanga – first hull of the Series K – is a “light ice class” explorer yacht commissioned to Floating Life by an American Owner in October 2015 with the precise goal of long cruising around the world all the way up to the Poles.

First of two new constructions already sold, the four-decks M/Y Kanga is a 41m long motoryacht extremely reliable and easy to handle with a full beam of 9.4m. The hull is in steel, reinforced for the ‘Light Ice’ class while the superstructure is in aluminium, without exceeding 500 GT.

Since January 2016, when works began, the construction timeline has been perfectly attended with all the foreseen steps respected. As of today, January 2017, the hull has been fully optimized and the internal partition on the lower deck has been started.

The superstructure (main deck) is now in place.
The shaft line alignment was performed and the installation of the flooring steel supports in the accommodation areas has been started. Meantime, the piping alignment has been started as well.
The completion of the fitting out works was started at end of December, and will be completed in the coming year.

Following the Owner’s taste and personal choices, K40 initial project has been greatly modified - especially to what refers to the interior decoration - in collaboration with Studio Sculli. The regular meetings between CCN and Floating Life have been permitting to respect the given timeline with no negative reflection on the construction timetable and without causing any delay to the shipyard. 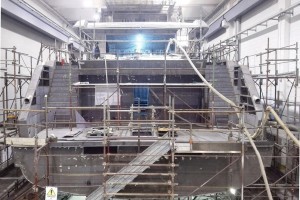 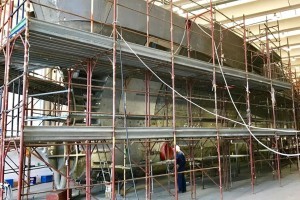 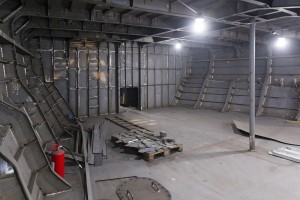 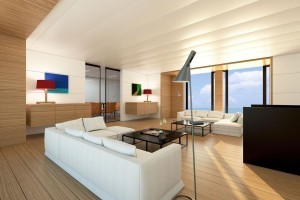 Oyster World Rally: Around the World in an Oyster

The Italian Sea Group: the first flagship store opened in the USA

M/Y Vanadis: the perfect blend of timeless style and a hi-tech soul